New this year, SIAL Podcast welcomed The Food Professor, who interviewed a variety of food innovators, experts and entrepreneurs, as well as food industry creators and manufacturers at the show.

Check out the episodes recorded at SIAL 2022.The podcast will be available to listen to live at SIAL Toronto 2023!

Sylvain and Michael were thrilled to be the official podcast of the SIAL food innovation show held in Montreal in April; for many, it was the first in-person event since the COVID era began two years ago. They had the opportunity to meet and get to know many food innovators and entrepreneurs, creators and manufacturers from many facets of the food industry.

In this episode: Pierre-Yves Côté, President of Vivanda Boreal

In this episode: Meera Sunny, Director of Research and Development and Ingredient Sales, CanMar Food

In this episode: Shawn Leggett, president/founder of GroundUP Eco-Ventures, gold winner of the SIAL innovation awards.

GroundUp eco-ventures is a unique company based on the concept of the circular economy. Using clean technology, it focuses on creating value from the recycling of waste streams from the coffee and craft brewing industries. Their goal is to create value by eliminating waste. If we love looking at the process, we couldn’t be happier with the results

In this episode: Gurth M. Pretty, President of the International Cheese Competition Jury and owner of Lakeview Cheese Galore.

Professor of Agri-Food Distribution and Policy at Dalhousie University 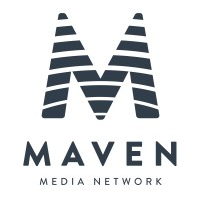 Professor of Agri-Food Distribution and Policy at Dalhousie University

Dr. Sylvain Charlebois is a Professor of Food Distribution and Policy in the Faculties of Management and Agriculture at Dalhousie University in Halifax. He is also the Senior Director of the Agri-Food Analysis Laboratory, also located at Dalhousie University. Prior to joining Dalhousie, he was affiliated with the Arrell Food Institute at the University of Guelph, which he co-founded. Known as the “Professor of Food”, his current research focuses on the broad area of food distribution, safety and security. Google Scholar ranks him as one of the most cited researchers in the world on food supply chain management, food value chains and traceability.

He is the author of five books on global food systems, most recently “Food Safety, Risk Intelligence and Benchmarking” published in 2017 by Wiley-Blackwell. He has also published over 500 peer-reviewed journal articles in several academic publications. In addition, his research has been featured in several newspapers and media groups, including The Lancet, The Economist, The New York Times, The Boston Globe, The Wall Street Journal, The Washington Post, BBC, NBC, ABC, Fox News, Foreign Affairs, The Globe & Mail, The National Post, and The Toronto Star.

Michael is the founder and President of M.E. LeBlanc & Company Inc. and a senior advisor to the Retail Council of Canada in its consulting practice. He has over 25 years of leadership experience in branding, retail, marketing and e-commerce and has been at the forefront of change in the retail industry throughout his career. Michael is the producer and host of a network of leading podcasts, including Canada’s leading retail podcast, The Voice of Retail, as well as Global E-Commerce Tech Talks, The Food Professor with Dr. Sylvain Charlebois and, now in its second season, Conversations with CommerceNext! You can learn more about Michael here or on LinkedIn. Don’t forget to check out Michael’s latest adventure for fun and influencer enrichment: Last Request Barbecue, his barbecue cooking YouTube channel!