Reveal your innovations to the world!

SIAL Innovation offers an exceptional showcase of global trends and innovations in the food and beverage industry.
This unique international competition recognizes the best innovations in food and non-food products, such as packaging and containers. Don’t miss your chance! 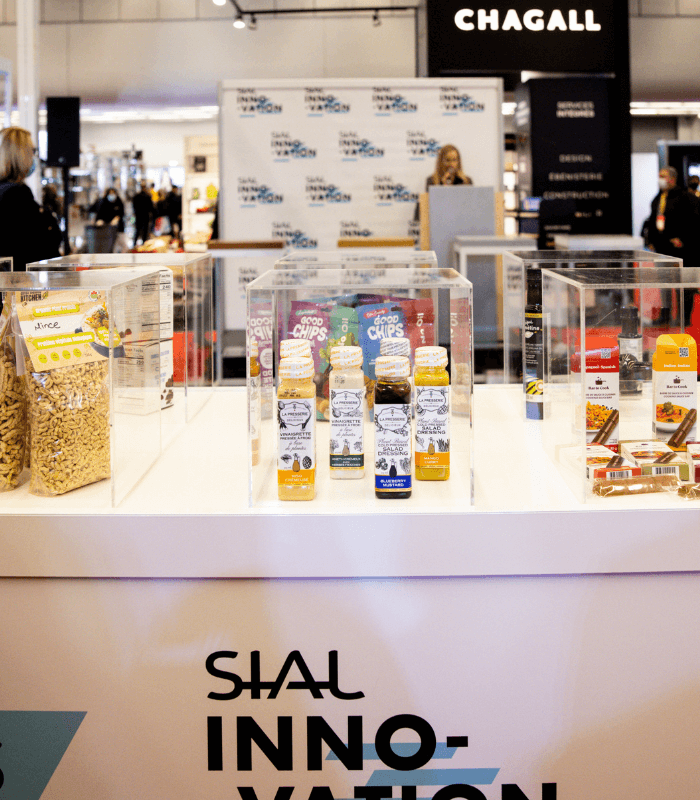 Innovation is the DNA of SIAL events around the world, and North America is no exception. SIAL Innovation showcases the world’s most innovative products, ensuring attendees experience the upcoming trends in the food and beverage industry.

Maximize your participation by generating additional traffic to your booth and benefit from international media coverage.

Try to win one of the prestigious SIAL Innovation Grand Prix!
The winning product will be displayed at all SIAL events worldwide, and will receive international recognition through the World Champion Tour.

SIAL Innovation is reserved for SIAL Canada 2023 exhibitors (individuals or members of a group who have registered as exhibitors), who may present one or more products, each of which must meet the following criteria 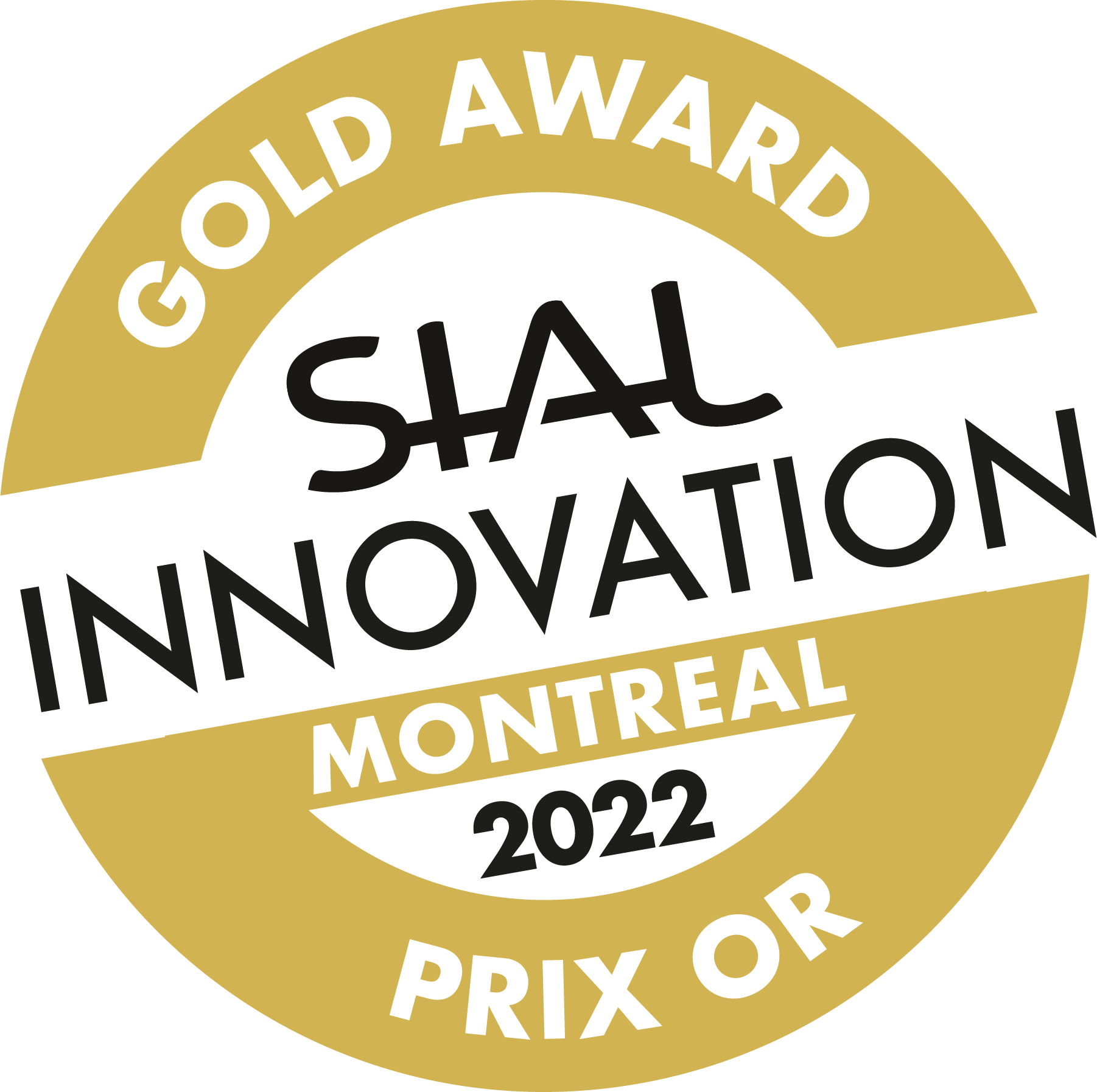 GROUNDUP ECO-VENTURES: flours and cooking mixes made from recycled ingredients.

Why this product?  Selected as a new example of circular economy made very accessible by the valorization of rejected ingredients into practical, nutritious and greedy products. 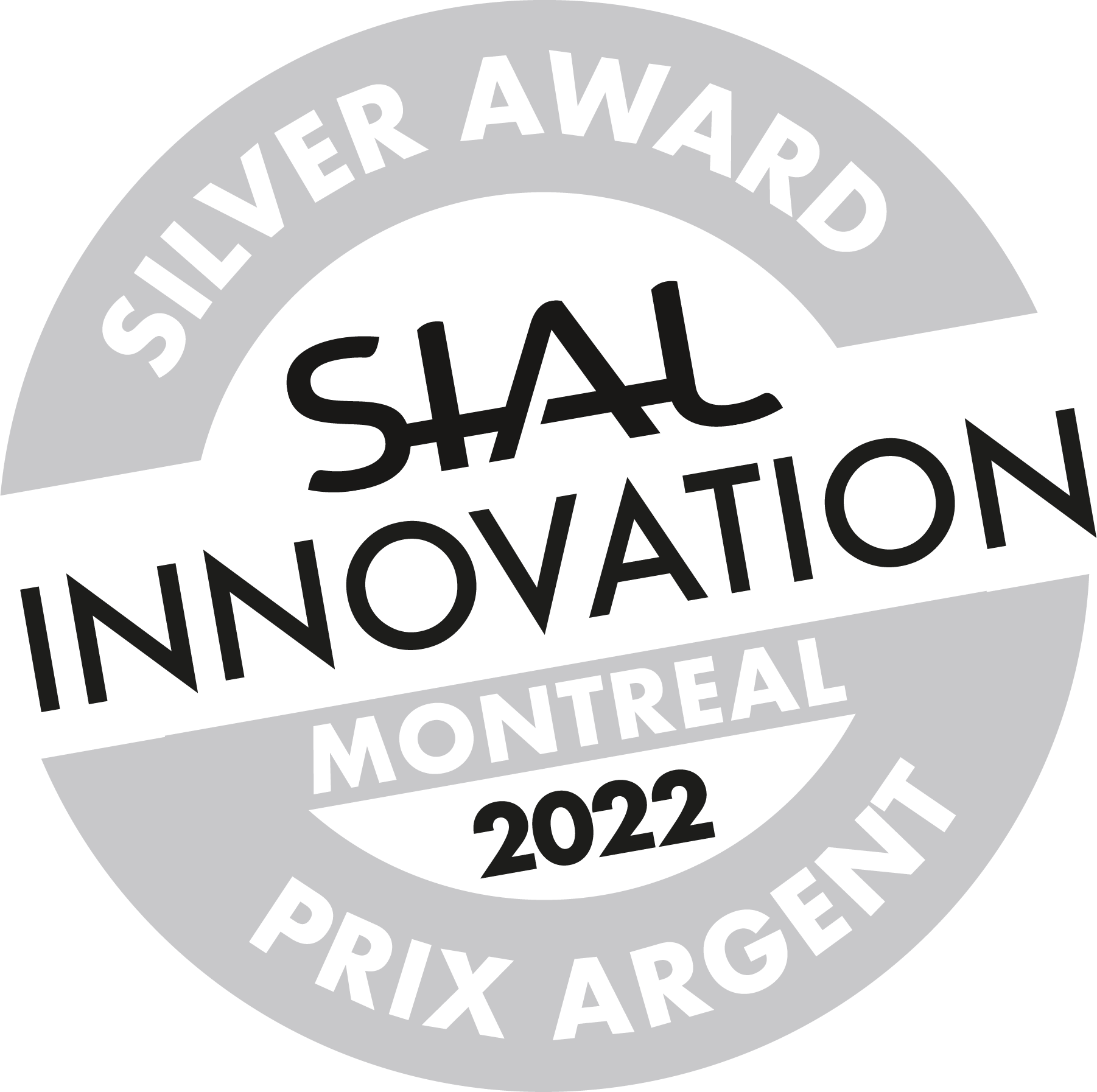 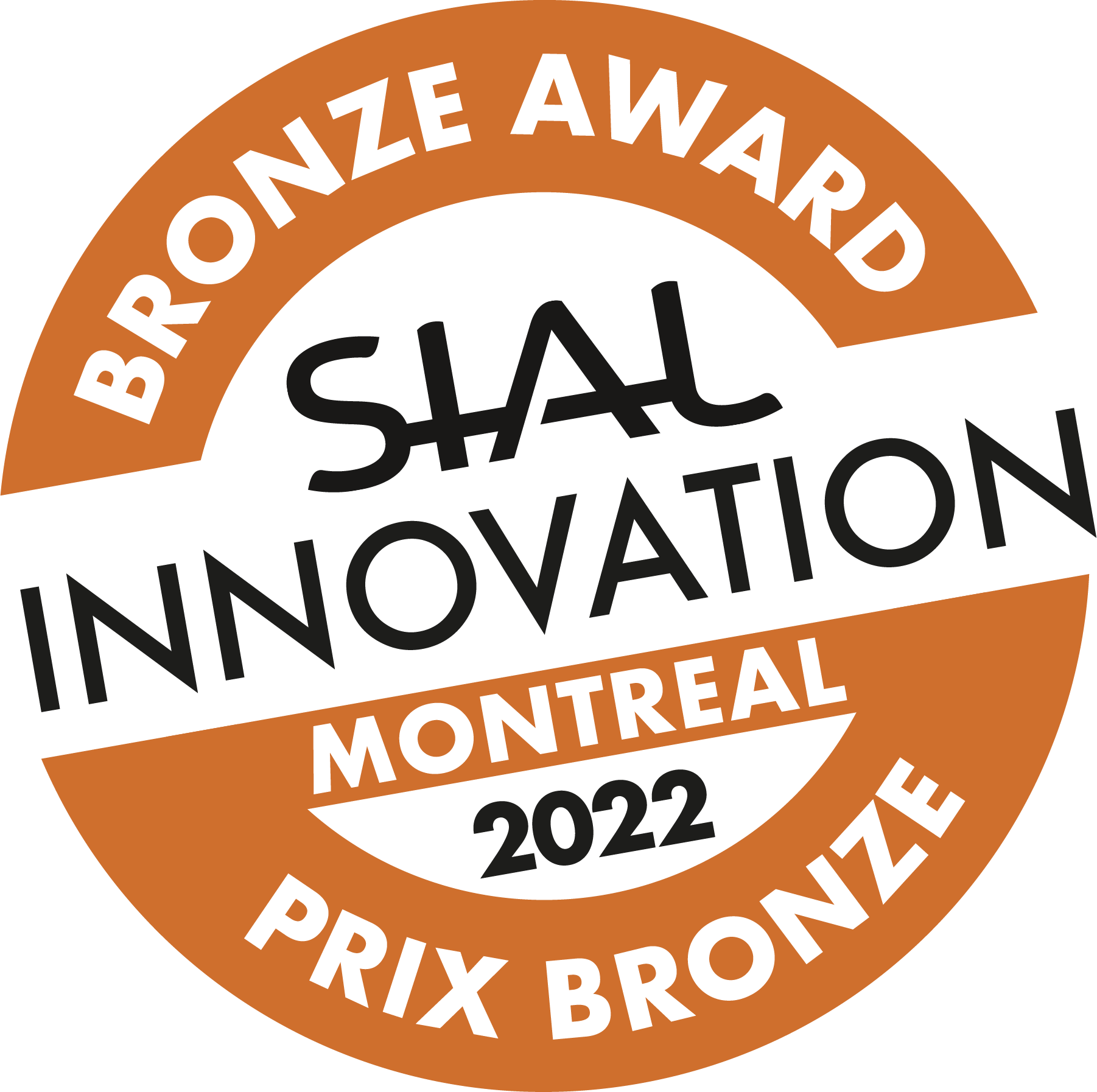 LA PRESSERIE: range of raw and unpasteurized vinaigrettes made from cold-pressed fruits and vegetables.

Why this product?Selected for their simple and natural composition, the use of fresh ingredients and the cold pressing process that adds sophistication to the products. 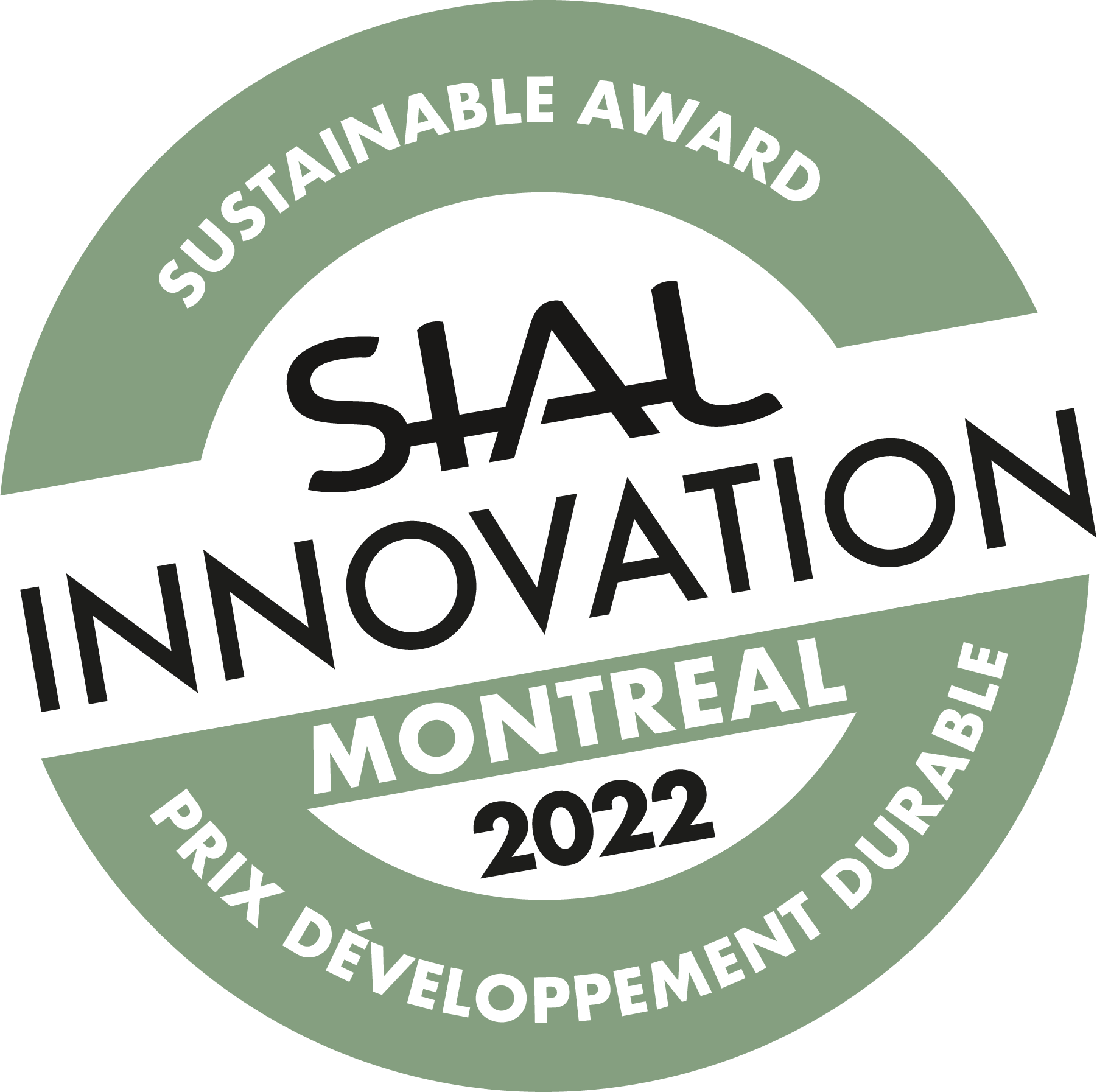 Why this product? Selected for the naturalness and authenticity of the product resulting from the origin of the ingredients, the transformation process and the manufacturer’s relevant commitments to sustainable development.

Silver Award: A $5,000 grant in products or services will be offered by Nielsen, and a 50sq.ft. barestand booth for SIAL Montreal 2024

Bronze Award: A $5,000 grant in products or services will be offered by Nielsen 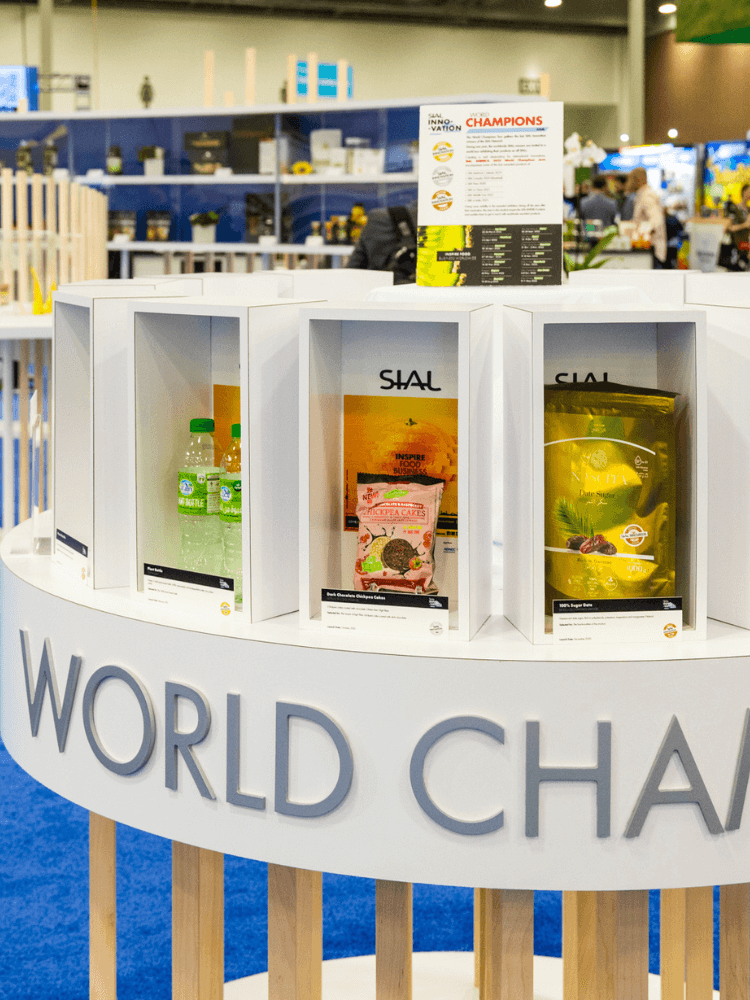 The independent jury is made up of food industry experts from around the world. They examine the innovative qualities of the products and judge the relevance of the new benefit the product offers to the consumer or industry. Winners are selected based on these criteria: packaging, manufacturing process, merchandising and recipe, technology, etc…

Xavier Terlet is the President and Founder of XTC World Innovation.

Xavier Terlet began his career in the French retail industry working for the Carrefour Group in 1983.

His firm is one of the world’s leaders in food innovation monitoring, studies and consulting.

XTC world innovation also provides analyses and studies on the evolution and trends of the food markets, which are a reference in terms of innovation decisions.

Xavier Terlet is Sial’s innovation expert. In 1996, he created the first “Trends & Innovations Area” for SIAL Paris in France, whose success has since spread to SIAL Canada, SIAL China and more recently to SIAL Middle East, SIAL Brazil and finally, this year, to SIAL ASEAN.

Xavier Terlet is the author of “Drôles de Goût” Ed Glénat. He is preparing another book to share his experience of food innovation trends.

Dana McCauley is a value proposition driven innovator who has successfully launched numerous food products and programs in collaboration with national and international food companies and entrepreneurs.

Beyond her corporate experience in marketing, product development and creative services, Dana brings expertise in the nonprofit and academic arenas to her role. She was the founding Executive Director of Food Starter, a Toronto-based food business incubator and gas pedal, which received the Ontario Premier’s Award for Excellence in Agri-Food Innovation. As Director of New Venture Development at the University of Guelph, Dana has enabled agri-food innovators to turn their inventions into innovations that grow the economy and enhance Canada’s international reputation.

Dana has been a food media personality and keynote speaker. She is the chair of the SIAL Canada Innovation Awards jury. In 2017, Dana was recognized by WXN as one of Canada’s most powerful women in the category of Trailblazer and Trendsetter.

A nutrition, food marketing and communications professional with over 20 years of experience, Isabelle Marquis has a unique multidisciplinary know-how acquired both in consulting agencies and in food processing companies. Recognized for her great rigor, her contagious passion and her strategic creativity, Isabelle is also an outstanding communicator who knows how to inspire as well as mobilize.

As Director of Marketing, Mass Distribution and HRI at Groupe Première Moisson Inc. she was responsible for numerous innovation projects and product launches, in addition to actively contributing to business development in the Canadian and American markets. Today, Ms. Marquis is a freelance consultant who assists companies of all sizes in the Quebec and Canadian food sector with their communication, marketing and innovation strategies. Innovation Ambassador for SIAL Canada since 2018, she also collaborates with specialized magazines and on the show L’épicerie on Ici Radio-Canada Télé.

Francis has been working in Nielsen’s Montreal office for over 15 years and has been Vice President, Eastern Canada for the past 2 years, responsible for the retailer and manufacturer relations teams in Eastern Canada. He is also involved in many initiatives, looking for new ways to collaborate with different partners. Curious by nature, his colleagues and clients appreciate his extensive knowledge of consumer and retail trends, both locally and internationally.

With over 30 years of experience in the food industry, Mr. Cech is a specialist in innovation and marketing strategy at the Canadian level.

He has held several key positions in the industry, including:

Product Development Manager for Metro’s private brands, including the launch of the Irrésistible brand
Senior Director, Development and Quality Control at Tomasso-Cordon Bleu Foods
Executive Director of Sales and Marketing for Fleury-Michon North America
In 2011, he founded Momentum Foods, a pan-Canadian food brokerage firm specializing in innovation and business development support as well as sales and marketing for perishable retail products. Mr. Cech has worked with all major Canadian food retail banners in the development of innovative products and their marketing.

Stephane helps organizations create brand images with a deep understanding of consumers, markets and different cultures. He has held leadership positions at both the client and agency levels, where he has led brand strategies and positioning development for a variety of companies, ranging from small start-ups to future challenger brands to national leaders.

His curiosity, analytical and innovative skills, and deep understanding of brand issues and opportunities have allowed him to develop a keen expertise that stands out at PIGEON. More than 25 years of experience in the fields of food marketing, communication and brand strategy are assets that make Stéphane a true strategic partner. His deep belief in the value of branding and his understanding of consumer habits and the buying decision process are essential to creating ideas that make a difference. Creative and visionary, he has contributed to the success of clients such as Cavendish Farms, Royale, Danone, Bridor, Montpak (Famille Fontaine), Bonduelle Americas, GoGo Quinoa and Prana to name a few.

A member of the ÉEQ optimization team since 2010, Geneviève Dionne is the architect of the packaging ecodesign training and coaching service. Over the years, her expertise has been put to good use in a number of initiatives such as the creation of a web portal and a simplified life cycle assessment tool for companies that want to integrate packaging eco-design into their business practices, and bold projects such as the launch of an international packaging eco-design competition, an exhibition of projects and the co-editing of a book entitled Avons-nous besoin d’un autre emballage?

She holds a bachelor’s degree in industrial design and a master’s degree in applied sciences from the Université de Montréal (UdeM) Faculty of Planning. She also holds a graduate diploma in management and sustainable development from HEC Montréal, and has been a lecturer at the UdeM School of Industrial Design since 2007.

Dr. Salwa Karboune has been a professor in the Department of Food Science and Agricultural Chemistry at McGill University since 2011, where she also serves as Associate Dean of Research since 2015. She graduated from the University of Marseille, France, in food biotechnology and started her career as a young doctoral researcher at McGill in 2006. Her research expertise is in the design and development of “green” approaches for the production of functional food ingredients that can improve the quality and functionality of foods and thus meet consumers’ needs for healthy eating. Its ambitious research program focuses on a multidisciplinary approach combining food science, food chemistry, enzyme technology and nanotechnology targeting bioactive molecules that stimulate gut health.

Jonathan Garnier left Quebec to apprentice in the kitchen of various renowned establishments on the French Riviera. Very quickly considered a talented cook, he became a private chef for a Middle Eastern royal family. On this occasion, he will be brought to rub shoulders with the political and artistic world by realizing several exceptional evenings.

His family roots, his openness to the world, and his professional experience lead him to offer us a cuisine with Mediterranean accents tinged with multiculturalism, which he likes to revisit.

Upon his return to Quebec, Jonathan Garnier and his brother chose to open the prestigious cooking school “La Guilde Culinaire” in the heart of Montreal. In only a few years, their school became the reference in the field. In the company of the best chefs in Quebec, Jonathan Garnier offers cooking classes for individuals as well as corporate activities with an authentic and generous approach, where the love of good food gives his classes a very special atmosphere.

Chef Jonathan Garnier and his team have expanded their culinary offer by proposing catering services, private chef at home and culinary consultation services.

It is during the three seasons of the successful show “Ça va chauffer”, as a judge-host on TVA and Casa TV, that Chef Jonathan Garnier was discovered by the general public. Jonathan will participate in several shows afterwards, including the cooking shows “Chef à la rescousse”, “Recettes signées Zeste” and “TAG BBQ” broadcast on Zeste TV.

Today, we find him on TVA every week for gourmet capsules in the show “Salut Bonjour” where he makes discover simple and tasty recipes with Gino Chouinard.

A ready-to-eat dish service ” Gourmand d’ici ” is added to the culinary offer that the Chef proposes. “Gourmand d’ici” is currently offered in two outlets in Montreal, downtown and at the Jean Talon market.

An outstanding communicator, capable of popularizing cooking and making it accessible to all, Chef Jonathan Garnier benefits from a good sympathy capital and a network of assiduous fans, allowing him to take advantage of his notoriety in order to support charitable projects in which he is involved.

Partners of the 2022 edition 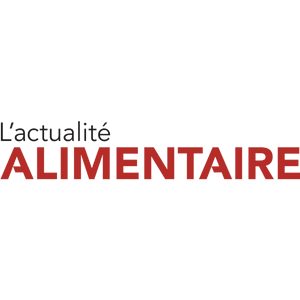 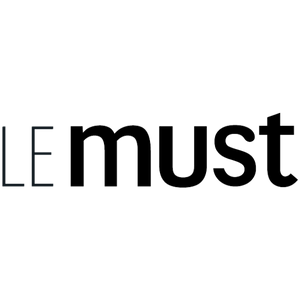 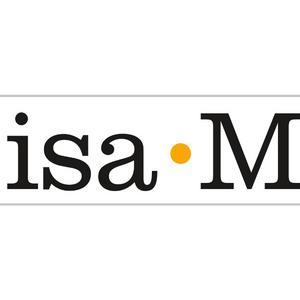 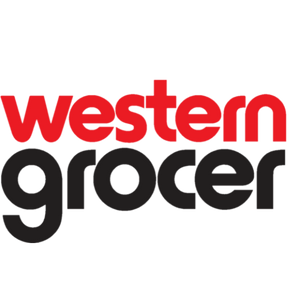 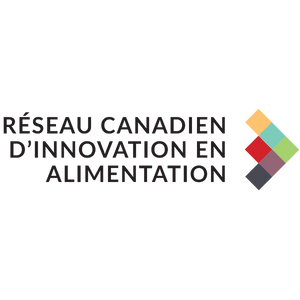 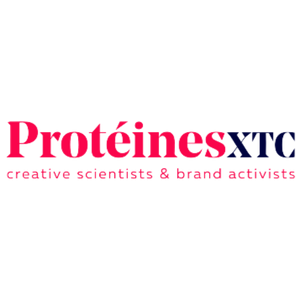 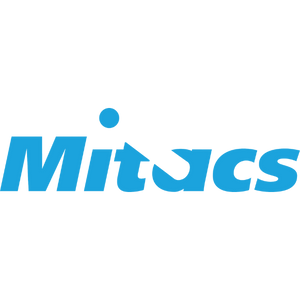 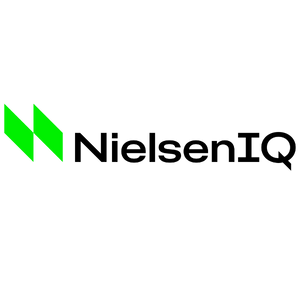